By The Social Animal on May 1, 2010 in Nonprofits, Social Media 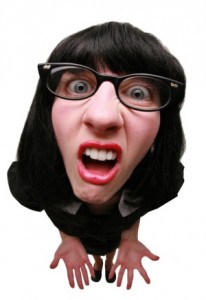 What if you are completely sold on the good social media can do for your organization, but you’re encountering resistance from someone above you, like your board of directors, executive director, big donors, etc?

This can certainly be frustrating, and I talk to frustrated volunteers all the time who WANT to move forward with a social media plan for their shelter, but someone won’t let them.

Most of the time, the board/executive director just doesn’t understand what might happen if “their” organization gets on Facebook or Twitter. They don’t understand what these tools are. They envision a worst-case scenario: loss of privacy, crazy people making vulgar comments on the blog, people in India emailing about a pet online, loss of privacy…it can snowball and inflate to nightmarish proportions, and the fear of the unknown can be paralyzing.

Of course, if you’re on board the social media train, you know these fears are largely unfounded. And what is best to combat fear? Knowledge. Information.

Here are some suggestions for convincing the powers that be to let you give social media a try.

It’s free. These tools don’t cost you anything…only some time (and it’s usually volunteer time). So what’s the harm in giving it a try?

Show them success. Every day I hear stories about animal shelters and humane societies who have gotten incredible donations, recruited record numbers of volunteers, adopted a previously hopeless animal and many other results just from using social media. Find these success stories and share them with your opponents.

Educate them. People are afraid of what we don’t understand. It’s just human nature. Break it down, explain to them how this works. Once they see what it’s really all about (and that it’s really pretty simple!), maybe their resistance will die down.

Offer a plan. It’s not enough to just say “We should do this!” Because sometimes your director/board will hear that as “YOU should do this!” (especially if they “own” the group, if they started it, if they feel great ownership of the organization). People can more easily accept an idea if they see specifically how it could work. So before you bring this idea before your board, really craft a plan of how it will work. Who’s going to do it? What venues will you be on? (Twitter? MySpace? Facebook? Youtube?) What kind of content will you put on there? How often will you do it? What results do you hope to achieve? If your superior is VERY resistant, maybe start very small. Just create a Facebook Event or Page for your next fundraiser, and create a plan to promote the event, sell tickets, etc. and see how it goes.

Be ready to answer questions. Hopefully, your director will be receptive enough to ask some questions. Be able to answer them! Understand the privacy ins and outs of these social media sites. Be prepared to say what your recourse will be if someone makes a response to a blog post or on your Facebook page that you deem “inappropriate.” Be able to justify the time this will take away from other tasks (particularly if you’re having a staff person do it).

I wish I could say that if you follow all these suggestions, your opposition will crumble and you’ll be handed the keys to be able to represent your shelter across the spectrum of social media. But it may not happen. It took me about 6 months to convince my executive director at the humane society where I volunteer to let me have a blog. She was so concerned about losing control of our message.

But I followed these steps. I was persistent. I didn’t have tantrums or pout (well, at least not in front of her…: ) And I kept showing her the results that other organizations were getting. And eventually she let me start. At first she monitored it really closely, but after a while she trusted me enough to let me go for it. Now, over a year later, I pretty much have free reign to post and write about what I want, because she knows I’m trustworthy and I have proven myself through the results, time and time again.

What I see a lot around the country is a small rescue group or humane society, started by one person–we’ll call her Sue. Sue started this rescue 15 years ago, and she’s totally protective of it. Even though she has some volunteers, it’s still HER group. She makes all the decisions. Well, Sue is 65 now, and she’s just starting to use email. She’s not on Twitter or Facebook, and has no desire to be.

Because she doesn’t personally see the value of these tools, she doesn’t see the myriad ways they could benefit the animals in her organization’s care.  Because this organization is SO much a part of her, she is SO tied to the organization, it is very difficult for her to allow ANYONE else to have any part of it, because it would be less “hers.”

For people like this, it’s very hard to change them. People naturally resist change. The best thing you can do is continue to work on her, and continue to show her the positive results that other groups are getting. Always stay positive, don’t get frustrated (again, just not in front of her!). As my mom always said, “You attract more flies with honey than with vinegar!”

Do you have any ideas about how you could do this? Any success stories or words of advice to share with others? Lots of us face this particular obstacle, and I’d love to hear other ways you’ve gotten “the powers that be” to open their minds. What other questions can I answer?

I'm available via most social media, so drop me a line! I'll answer your questions and I really look forward to hearing from you and helping if I can!

← The Difference Between Facebook Pages, Profiles, Groups and (New!) Community Pages
“How Can I Promote My Event on Facebook?” →

Sign up below and I'll send you a Animal Welfare Social Media Policy. Learn how to protect your animal welfare organization's reputation. I will never share, rent, sell or do anything with your email address other than send you emails once a month or so about social media news, tricks and tips. Most everything I offer is free information, but sometimes I do have classes or products for sale. You can unsubscribe at any time!<

Who is The Social Animal?

Emily Garman is COO of Oklahoma Media Group, a web design/application development firm. Her passion is animal welfare, as is evidenced by 15+ years volunteering with local rescue organizations as a foster mom as well as providing her company's services. TheSocialAnimal.com is a side project devoted to teaching animal welfare advocates how to use social media to accomplish their mission more effectively. Emily lectures on nonprofit marketing all over the USA and is available for booking at conferences and for private consultations.